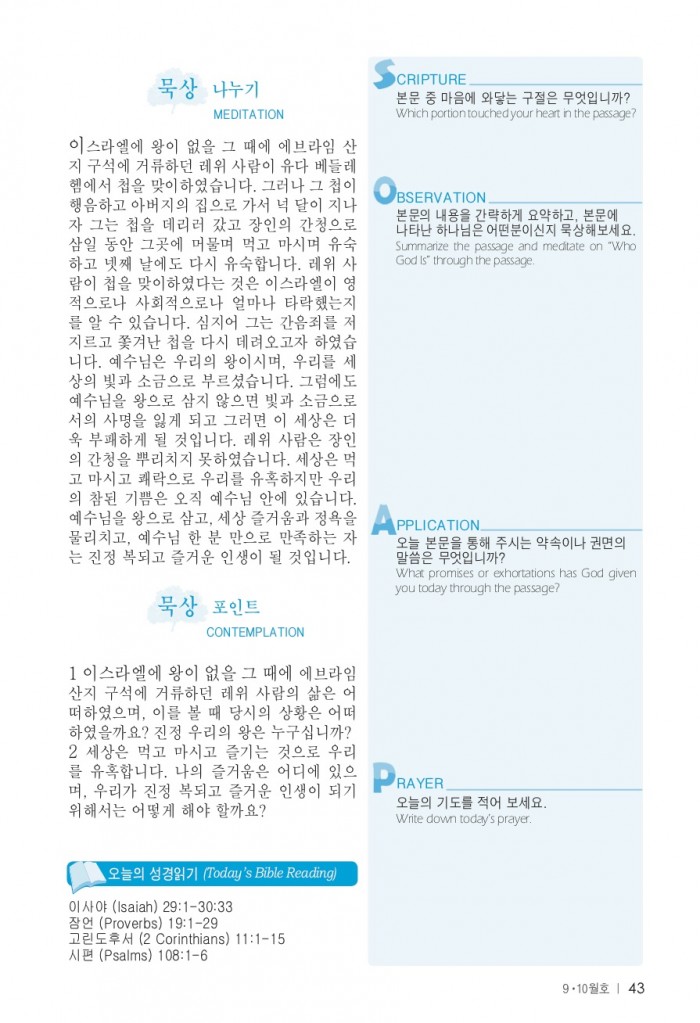 His concubine played the harlot (or, felt repugnance) against him, and she went away from him to her father’s house in Bethlehem in Judah, and was there for a period of four months. (Jdgs 19:2)

Summary
- A certain Levite takes a concubine who is from Bethlehem, gets estranged by her, goes to her home town to take her back, and ends up spending some time with her father at his repeated urgings.

Who is God?
- He calls us and works according to the “principle of representation.”
- For example, He called Israel to be “My son, My firstborn (Ex 4:22),” implying that actually all the nations are His children and yet He called Israel to work through them to eventually redeem every child on the earth. In the same vein, He called Israel to be “My own possession among all the peoples, for all the earth is Mine (Ex 19:5).”
- Then, out of Israel He took the Levites “instead of every firstborn.” To be “Mine (Num 3:12).”
- Also, when He punished Egypt, He punished the firstborns as its representatives.
- He calls His people, therefore, to be holy onto Him (even as He is holy).
- He calls on His people to treat others with dignity and give preference to one another in honor (Rom 12:10, Eph 5:21, Phil 2:3)

The Levites were sealed as God’s possession—“Mine” (Num 3:12). No doubt, then, a levite, anonymous thereby seeming to represents the Levites at large back then, getting his concubine indicates a serious anomaly, which only explain how things were (and are going to be) when there was no true King in His community.

In short, a disregard for the true King by either individuals, clergy and the nation was the hallmark of a “deformed” community—be it a family, a nation or the world. And, alas, that anomaly was soon going to be coupled with a disregard for fellow men and women (Lev 19:9-18; 1 Jn 4:19-21).

Now, a look at how the passage captures the degenerated state of a man, who, by being anonymous, is implied to be typical and symptomatic of the whole clergy and the nation of Israel.

- “Sojourning in the remote part”: He was disconnected from his levitical calling and community
- “Took a concubine for himself”: it was his own decision, a “fleshly” one for self-indulgence. It was not only a disregard for God but it must also have been an egregious disregard for his wife. What is often dubbed as the “objectification” of women is at fully display!
- “His concubine played the harlot against him”: On the surface, he reaped what he sowed. However, if we take a secondary meaning of the Hebrew word for “the harlot” she felt repugnance against him. Thereby, it implies how he (mis)treated her, which is all the likelier than not given that the levite intends to speak tenderly to her and bring her back home and that there is no sense of alertness on the part of the woman and her father upon the levite’s visit, which should have been the case had she committed adultery.
- “For a period of four months”: He seemed to be careless and nonchalant—as opposed to feeling urgent and take immediate actions to remedy the situation.

However, the problem is not confined to this man only. The interactions between him and his father-in-law seem to suggest how the concubine remains marginalized.

- He remained with him three days (no reference to the woman),
- Likewise, “they” ate and drank and lodged there.
- He initially went down there to “speak tenderly to her heart (v. 3),” but it was only for the sake of bringing her back. The conversations between the two men in fact betray the true focus was on his heart: “sustain your heart with a piece of bread (v. 5),” “let your heart be merry (v. 6),” and “sustain your heart (v. 8).”
- Whenever “both of them” are mentioned (vv. 6, 8), it refers to the Levite and his father-in-law, and NOT the woman,

Thus, even the solicitation for hospitality was offered and accepted at the “expense” of the woman. Then, perhaps the reason the father-in-law was “glad to meet him,” was he was going to be saved from the burden of having to take care of his divorced daughter and the shame associated with it. Here, the woman remains thoroughly objectified and marginalized.

Regarding loving our neighbor, the Scripture says: “Outdo one another in showing honor (Rom 12:10),” “be subject to one another in the fear of Christ (Eph 5:21), and ”regard one another as more important than yourselves (Phil 2:3).” Regarding the wife, in particular, the husband ought to “live in an understanding way, as with someone weaker, since she is a woman; and show her honor as a fellow heir of the grace of life, so that your prayers will not be hindered.” (1 Peter 3:7)

Tomorrow is my wife’s birthday!!! God forbid, I almost forgot!! Oh no!! May I be reminded to honor her in all the ways I treat her and from the bottom of my heart, and do it indeed onto her heart! (cf. Isaiah 41:1). When the King is here, all must worship Him and act in ways pleasing Him.

Lord, help me truly love You with all my heart and love my neighbor as myself. In Jesus Christ’s Name, I pray. Amen